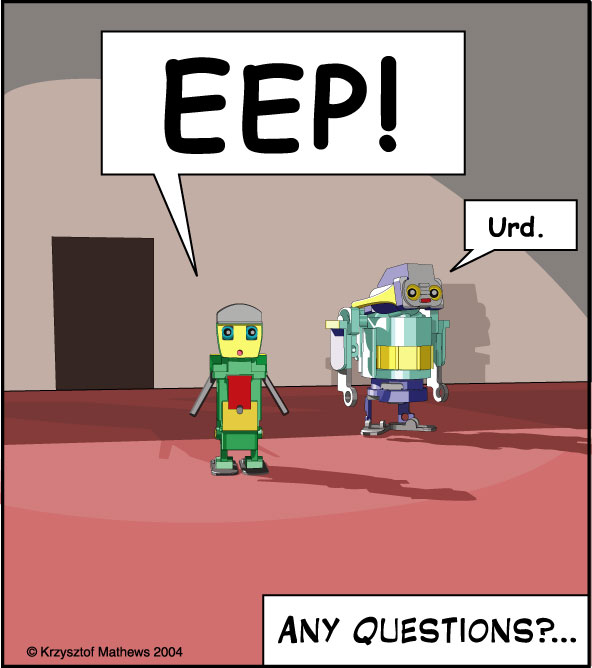 Does everything that you put in your scenes begin as a sculpture?

For the most part, yes. Certainly all of my characters and their personal accessories begin as sculpture.

There are some items that I create exclusively in the computer. For example, if I need a wall or some other piece of general architecture, I may create this from Primitives in a modeling application. The same goes for various generic items such as Barrels, tables, cans, boxes, etc.

Why is it that you choose this working method of first creating sculptural characters and then rebuilding them in the computer? Wouldn’t it be easier to simply work directly in the computer?

On one level, it might seem that it would be easier to forego the sculpting process.

I strongly believe, however, that if I were to do so then the resulting work would suffer.

Two reasons, really. Firstly, by working with found objects, I place a critical part of the process outside of my direct control. Instead of extensively drafting out a design and then fabricating the forms and shapes to conform to the blueprint, rather, I prefer to let the randomness of the pieces that I discover inform the creative process. If I was to work directly in the computer, I believe that I would lose that fluid unpredictability. In working with found objects, often my sculptures have changed dramatically from their initial inception to their final resin coat and paint job. I’ve had bipeds turn into animals, animals turn into vehicles, singles figures have split to create multiple characters, or have recombined to make larger ones. There are times when a piece will sit for a while with no clear resolution when suddenly I find a piece in the road or am given one by a friend and find that it is the very element that helps me to find an unexpected solution. 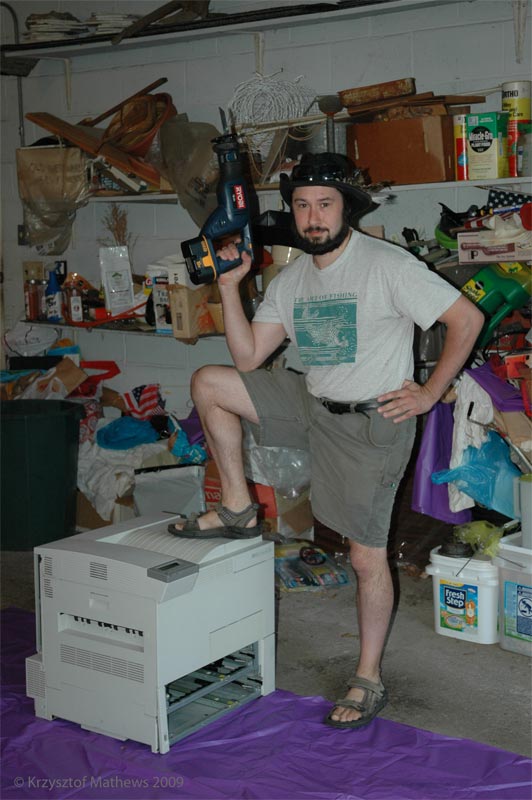 And what is the other reason?

All software has strengths and weaknesses. For example, I find that some operations in RHINO are more forgiving than others. One of my concerns is in allowing the software to become an unconscious influence insofar as I might start making aesthetic choices based more on what I am comfortable with modeling than on what might make an interesting and unique character. While at times I might have difficulty capturing a shape from one of my sculpted forms, at least by having a prototype outside the computer as my reference, I am not unconsciously inclined to avoid using that shape in my virtual models.

Do you use a digital camera or any sort of scanning equipment as part of the virtual modeling process?

On occasion, I might use a flatbed scanner in order to get a loose profile of a form. For the most part, though, all of my measurements are done by hand and recreated using the modeling toolset. The only time I use a digital camera image as a direct reference for my work is when I am creating the Icons (symbols of the various Clans, Families and Guilds), which are designed as purely two-dimensional graphical elements.

So which is the real artwork- the Digital work or the Sculpture?

Both of them are real!  Even though I start with the sculpture, I do not simply think of it as a mock-up for the digital image. Conversely, I do not see that the digital work is any less “real” even though it does not have mass or form outside of the prints that I use it to create. Indeed, I see the two as having a shared spirit, so to speak.

Do you ever use pre-made digital content in your work?

Aside from some of the presets of shaders, primitives, and terrains, which I modify in my Carrara and Bryce Scenes, I don’t generally do much with third-party content. I actually prefer to do all of the modeling of even the smallest elements myself, as this gives me greater control over the aesthetic of every single piece that I introduce to a scene and thus helps me to maintain a consistent personal style.

I actually enjoy getting knee-deep in the smaller details that make up a scene, and so I have very little incentive to look for shortcuts, particularly if they may be inconsistent with the rest of the piece.

What are your long-term goals with this work?

Right now, I am busy trying to create an illustrated book that introduces some of the major characters of the First Gear Territories® universe. My ultimate goal is to be able to continue working to create stories and illustrations of my characters. Eventually, I hope to be able to dedicate some serious time to animating my stories as short films.